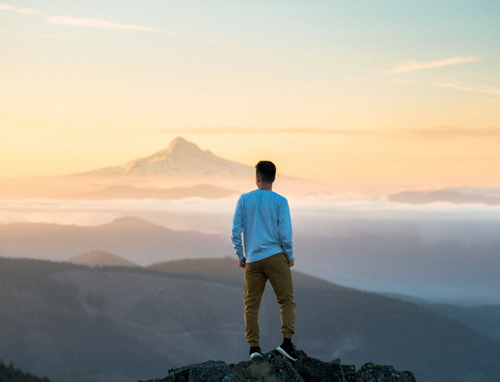 The Esoteric Wisdom course was the third of Mysticweb’s free spiritual courses available on the original Mysticweb.org website. The prerequisite to enroll in this course was completion of the Astral Travel and Dreams course and A Course in Self-Discovery. This ensured that students had a strong foundation of experiential understanding with introductory topics, such as how the human psyche functions, and the role that out-of-body experiences play in spiritual development, before moving onto more advanced concepts that built on these foundations.

Some of the topics covered in the Esoteric Wisdom course included:

The Esoteric Wisdom course followed the same format and structure as the Astral Travel and Dreams course and A Course in Self-Discovery. Running for nine weeks (originally eight, and later expanded to nine), the course introduced and explained a new topic and a new practical exercise (to assist with exploring the given topic) each week. 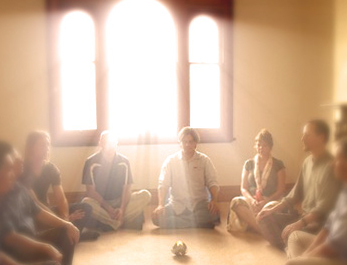 Trying out an spiritual practice at a study center

For students who attended the Esoteric Wisdom course in person at a study center, the topic was explained during the first part of the class. The second half of the class was then used to explore the exercise of the week, with the understanding that participants could then keep exploring the practice throughout the week on their own if they chose to. During the following week’s session time was set aside for anyone who wanted to share feedback with others about how they went during the week, any difficulties they faced, or success that they had with the exercises or their understanding of the topic. This format was motivational, and facilitated a sense of cohesiveness among participants. Course sessions generally lasted an hour.

Online students who took the Esoteric Wisdom course received the weekly topic as a PDF which could be downloaded and studied at home. The PDF contained both the topic information and the suggested exercise. Mysticweb offered a private online forum area specifically for participants of the Esoteric Wisdom course where people could log in and post comments, ask questions to qualified teachers, and have discussions with others who were also in the course. These forums helped to facilitate a feeling of community among students who were sometimes spread out over large distances geographically. 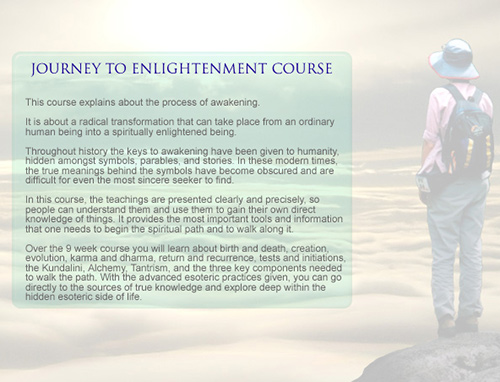 A Mysticweb online advertisement for the Esoteric Wisdom course, also called at one point the Journey to Enlightenment course

The way that the information in the Esoteric Wisdom course was presented by Belsebuub was very accessible despite covering material that could otherwise have been considered complex and obscure. The combination of explaining the topic in detail yet in a clear and straightforward manner, along with providing targeted, practical things to “do” by way of the exercises, meant that participants could gain experience of what was being explained in the topics, rather than being expected to take the material being explained as the truth based on belief.

The practical exercises gave a way for people to access psychic phenomena, spiritual places, and guidance beyond the body, as well as gaining insight that was ultimately deeply personal and profound. For this reason, many participants gave feedback that the Esoteric Wisdom course helped them to understand and see their own life as part of and having a greater purpose.

Here is an example of the Esoteric Wisdom course syllabus from Mysticweb and the later courses which were based upon it: 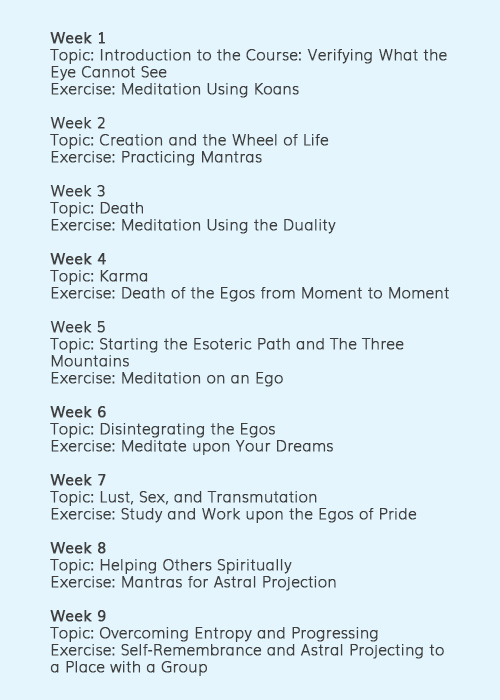 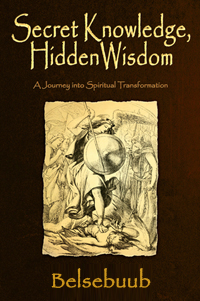 The original content of the Esoteric Wisdom course was revised and released by Belsebuub in his book Secret Knowledge, Hidden Wisdom

Belsebuub wrote the content for the Esoteric Wisdom course in 2002, where it was available as a free PDF download to anyone who enrolled in the course. Over the years Belsebuub made changes and updated the course material, yet never charged any money for people to access it.

In 2007, the Esoteric Wisdom course was released as the print book Secret Knowledge, Hidden Wisdom. This was done to protect the PDF course material (which was by then no longer available in that format) due to many people taking parts of the PDFs and selling, repackaging, or passing Belsebuub’s work off as their own.

Any profit that Belsebuub’s publisher made from selling the Secret Knowledge, Hidden Wisdom book went back into the publishing and promotion of Belsebuub’s books. At his own insistence Belsebuub received no royalties or payment for his work, based on the principle that spiritual information should not be given for profit.