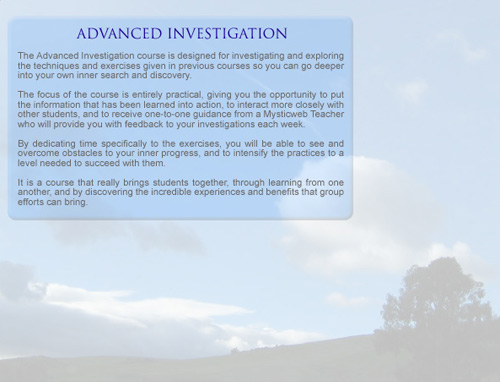 An online advertisement on Mysticweb.org for the Advanced Investigation course

The Advanced Investigation course by Belsebuub was available on the original Mysticweb.org website to course participants who had completed the Astral Travel and Dreams course, A Course in Self-Discovery, and the Esoteric Wisdom course. This course had minimal new information and was devoted to practicing the exercises and techniques learned in previous courses, with the aim that participants would be able to explore them more deeply, without being hindered by the need to read and study a lot of new material.

Being practice-focused, the Advanced Investigation course offered an opportunity for participants to have more mystical experiences, gain a deeper understanding of themselves and the nature of reality, and learn how to incorporate spiritual practices into daily life, all while freeing up a special dedicated time to just ‘practice’.

The course program was organized into nine weeks (originally eight, and later expanded to nine) like the other earlier courses. However, the Advanced Investigation course differed from earlier courses in that the structure was predominately broken into two week blocks, with one self-knowledge and one astral or meditative exercise being explored in depth over each two week period. 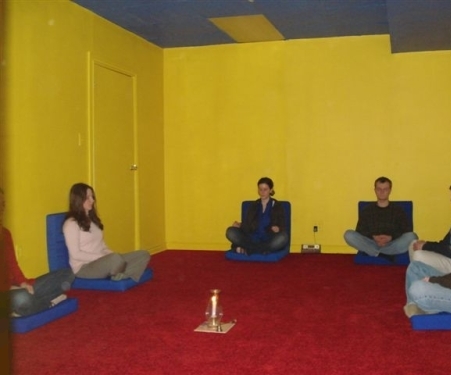 An advanced meditation practice at a study center

Participants who took this course online received brief PDF topics describing the exercises they were going to practice for the following two weeks. Self-knowledge exercises included things like looking into a particular ego and working upon it. Astral or meditative exercises included looking more into waking up in dreams, or using meditative practices such as koans (questions that do not have an answer) or the duality practice to silence the mind.

This structure was followed for the majority of the time that the Advanced Investigation course ran, although it ran with slight variations over the years as Belsebuub was constantly trying different approaches to his courses in order to make them as effective as possible for participants. For example, at certain points rather than having two exercises to explore over two weeks, the course structure changed to exploring only one exercise a week, with the exercises being set each week by the teacher running the course, in line with the perceived needs of the participants in their group. As such, the course offerings remained dynamic and timely.

Below is a sample of what the course outline looked like at one point when the two-week format was followed and is a typical example of what students could expect from the course. 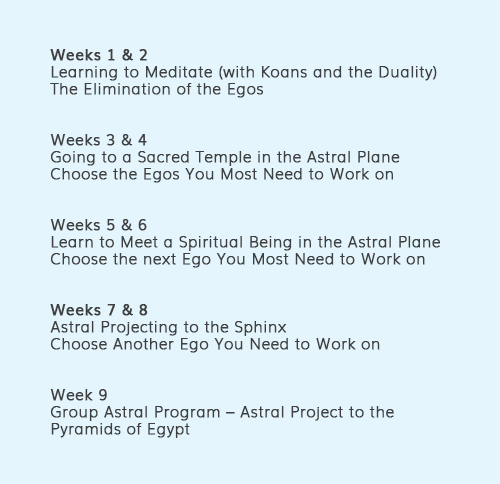 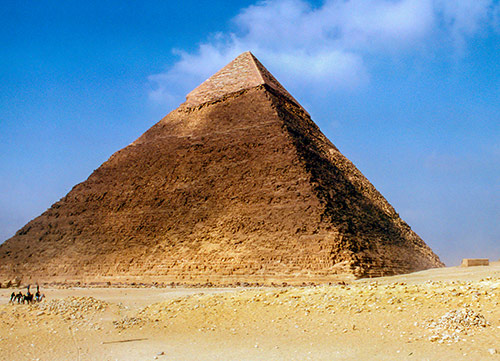 One of the locations chosen for the group astral exercise

At the end of the nine week course round, the final week was dedicated to exploring the same group astral goal as the Astral Travel and Dreams course. This structure allowed for an increased chance of success with this practice, as participants had spent the previous eight weeks exploring exercises that strengthened inner faculties like concentration, intuition, and the ability to astral project.