This website was created as a retrospective look at the content offered on the original Mysticweb.org website. Mysticweb was the main website of The Gnostic Movement from 2001 to 2005. Mysticweb’s aim was to give people a broad overview of spiritual topics. Mark (Belsebuub) was very involved in the setup and design of the site. He authored the free course material that was provided on the site and also answered all course forum questions until his courses became so popular that trained teachers began assisting with questions in order to keep up with demand. 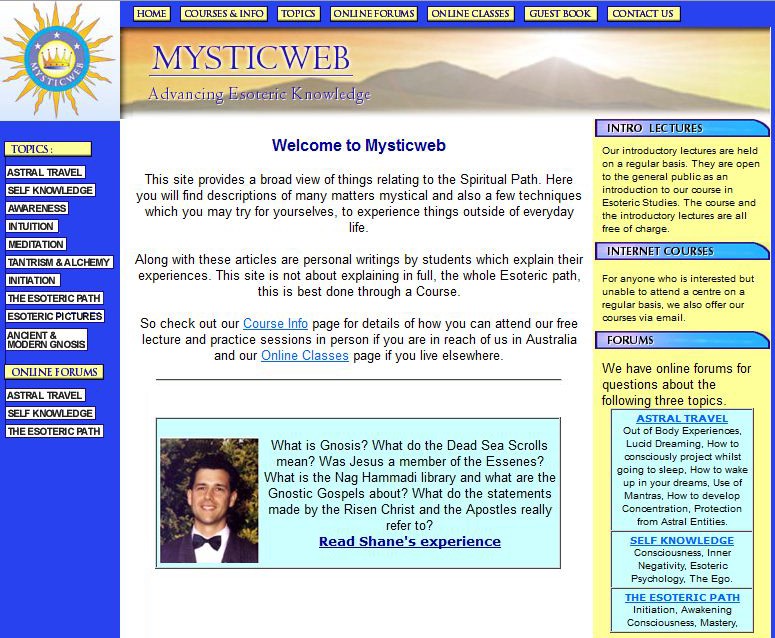 As can be seen in the screenshot to the right, Mysticweb’s offerings included broad overview articles about the following spiritual subjects:

There were additional personal experience articles written by students and members where they shared their understanding of these subjects based on experience from the practices explained by Belsebuub. A few examples of the types of experience articles available include sharing how it felt to astral project for the first time, or what it was like to experience awareness in the present moment. There were also a variety of features which made the site interactive, including public forums, a chat room, and a guest book.

The main offering of Mysticweb was its free online course system covering the following spiritual topics: Astral Travel and Dreams, Self-Knowledge, Esoteric Wisdom, and Advanced Investigation. At the time e-learning was not as common as it currently is, and Belsebuub’s online courses were relatively new in their approach, as they allowed people from anywhere in the world with internet access to join the courses and communicate with others interested in similar topics.

For the introductory courses in Astral Travel and Dreams, and Self-Knowledge, and the course in Esoteric Wisdom, participants could sign up to the courses using only an email address, and then each week would receive access to a PDF with the course topic. The course topic included an explanation of the week’s subject matter, and an exercise to do for homework.

The Advanced Investigation course was provided in a slightly different format. While all of Belsebuub’s courses emphasized practice and personal experience, the Advanced Investigation course was solely practice-oriented, with the aim of encouraging the participant to explore spiritual exercises that were explained in the other three courses more deeply.

To enhance the learning experience offered through the online courses, there were private course forums available where course participants could talk about various course-related topics, ask questions, get clarifications and interact with teachers and other students.

How the Courses Were Established

Belsebuub coordinated the creation and implementation of the courses. In the early stages of Mysticweb, he answered forum topics, while systematically piecing together the courses by writing the course topic each week, and then sending it out to people who were awaiting the new content.

The courses initially ran for a period of eight weeks and later were extended to a duration of nine weeks. In between courses there was a short break, meaning that within a year four course rounds were offered to the public.

The first course organized by subject that was offered on Mysticweb.org was the Astral Travel and Dreams course. By adding to the course week-by-week, Belsebuub constructed a complete written astral course which was then run again in subsequent course rounds for new attendees. In the next round he moved on to working on written topics for the next course about self-knowledge, A Course in Self-Discovery. Once the material for A Course in Self-Discovery had been completed, in the following round while the Astral Travel and A Course in Self-Discovery courses repeated for new attendees (or those who wanted to do the course again), Belsebuub authored the content for the Esoteric Wisdom course. 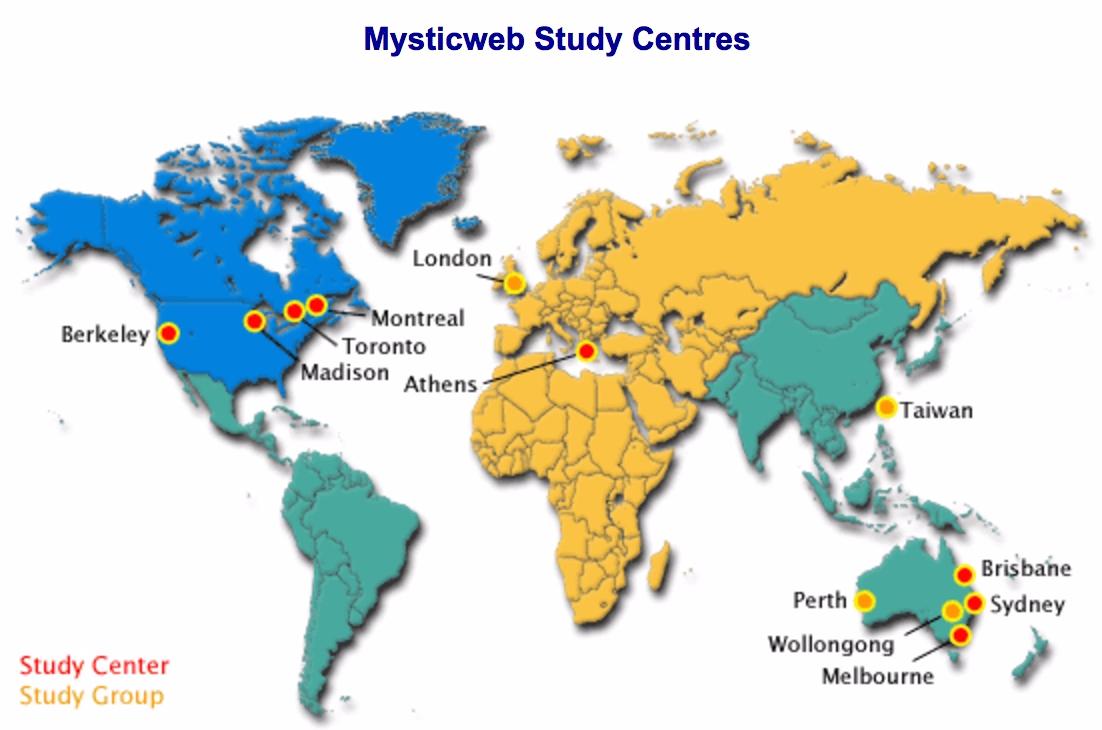 Locations of Mysticweb Study Centers and Groups around the world

In this manner, after three course rounds, Mark had authored the basis of the major works that sustained the courses Mysticweb offered over the next five years. Belsebuub frequently revised his course material, and these original courses formed the basis for his later printed books:

A Course in Astral Travel and Dreams
The Peace of the Spirit Within
Secret Knowledge, Hidden Wisdom

Besides offering courses online, Mysticweb also offered local in-person classes for those in reach of a study center. These courses followed the same week-by-week format as the popular online courses, and were also free of charge to attend.

Contact information for the various study centers was published on the site. Mysticweb had physical study centers in three continents and included the following cities: Sydney, Brisbane, and Melbourne in Australia, Montreal and Toronto in Canada, Athens, Greece, and Madison and the Bay Area in the United States. It had smaller study groups in Perth, Wollongong, Taiwan and London.

As well as online and in-person classes, Mysticweb also offered group activities that people could take part in whether they were in reach of a study center or just participating online. To cater for the large virtual student base, there were group astral programs organized where everyone attending one of the online courses (and who had already taken the astral course) could choose to take part in a coordinated astral exercise at a given time and date. This was a source of motivation for many participants, as people often had more success knowing others around the world were also trying to have an astral projection experience at the same time. There were even cases where students from different places in the world were able to successfully astral project, and meet each other at the location the group astral program was focused on – often a spiritual site like Stonehenge, the Great Pyramids or Machu Picchu. 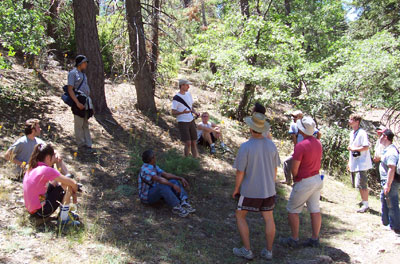 Participants discussing spiritual topics in nature at an international retreat

Mysticweb also advertised and ran international retreats. These served as a meeting point for like-minded people interested in further exploring the spiritual practices explained on Belsebuub’s courses. These retreats were run without profit, and often held in locations close to nature, where the inspiring setting and time to focus on practices allowed space for quiet reflection and led to many spiritual experiences.

Growth and Transition to a New Domain

Mysticweb grew in popularity as time went by. In its first year it had 50,000 visitors. By 2004 it had received over 150,000 visitors and in 2005 it grew even more, reaching 500,000 visitors. By this point tens of thousands of people from all over the world had taken one of Belsebuub’s courses run through Mysticweb.org.

To make the content on Mysticweb as accessible as possible, it was written not only in English, but also had translations available in Spanish and Chinese.

In 2005 The Gnostic Movement transitioned from using Mysticweb as its main website to using Gnosticweb.com as its primary site, with the courses, forums, articles, and books (based on Belsebuub’s original PDFs) being offered at that domain.